When I bought tickets for my friend Helen and I back in the summer to watch the Wombats in Yeovil, I had no idea that it would be one of the hottest days of the year and hottest in October on record, making it for the hottest gig in the world – well in Somerset that night!

We rocked up at the Westlands Leisure Complex fashionably late after a few wrong turns to catch the second support act Morning Parade. Who I must say were pretty darn good, so much so I started to panic that I had downloaded the wrong Wombats album! The crowd in Westlands were already going a bit mental in the mosh pit, I wondered what would they do when the Scouse trio took to stage!

The Wombats didn’t disappoint, playing tune after tune from both their two albums ‘A Guide to Love, Loss & Desperation’ and their current album ‘This Morning Glitch’ they put on a stomping performance. Even if you weren’t a hard core Wombats fan you’d still recognise their popular, catchy songs from Moving to New York, Backfire at the Disco off the first album to Tokyo and Last Night I Dreamt from the latest album. The boys finished off the gig with their most popular song Lets Dance to Joy Division, ending probably the hottest gig I’ve ever been to. 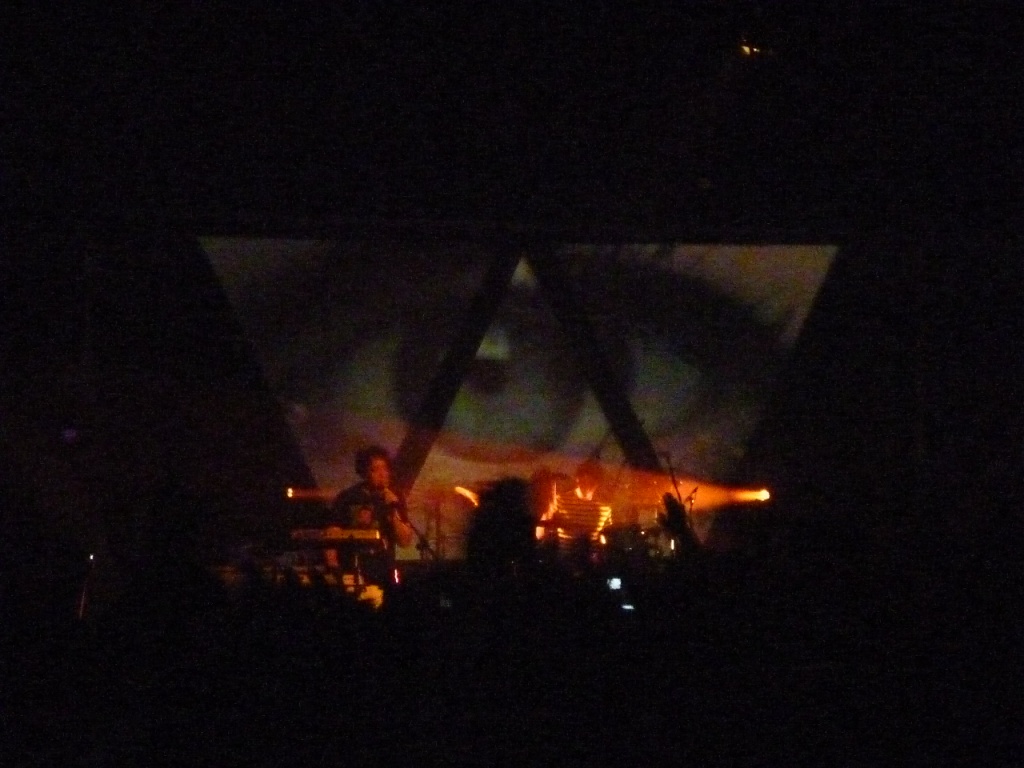 Gig rating = 4* – high energy performance, with lots of dance ability and good view of the band. Heat & flying pints of water was the only let down!