I love cupcakes! And for my birthday a good friend bought be the Cupcakes from the Primrose Bakery recipe book.  So, I thought I’d give the Carrot Cupcake recipe a go, as it was sure to be healthy – right? 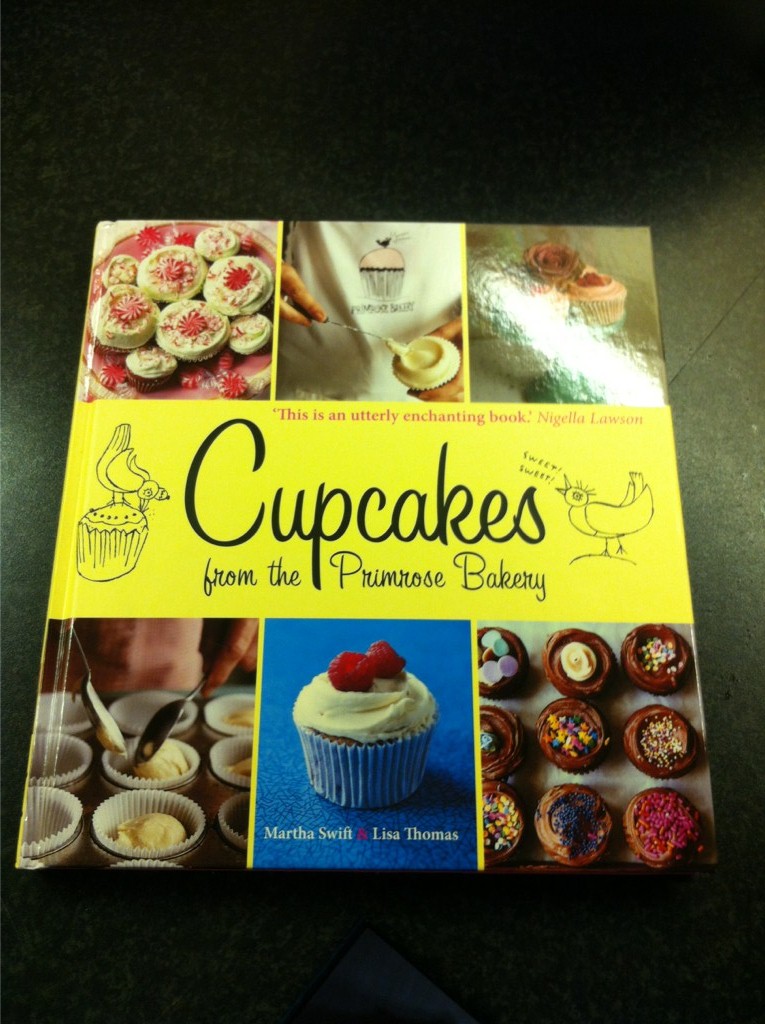 This recipe is meant to make 15 regular cupcakes, however, I opted out from using corn oil and ended up making 9 big cupcakes. 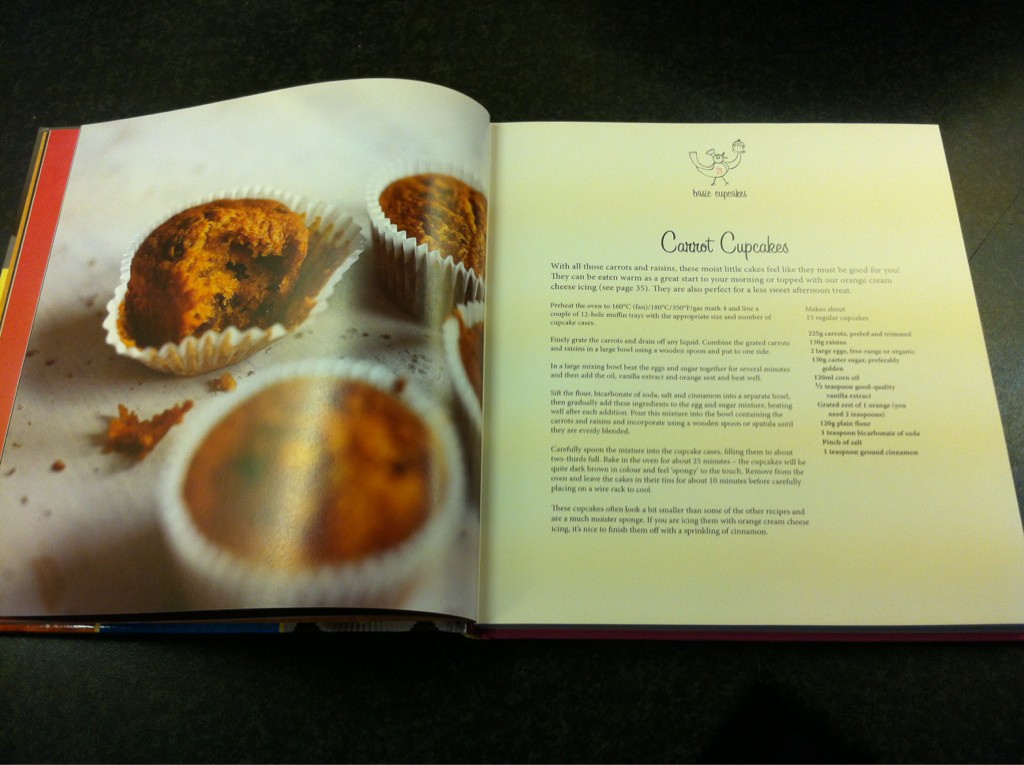 Method:
1.Preheat the oven to 160C and line a muffin tray with cupcake cases.
2. Finely grate the carrots and drain off any liquid.
3. Combine the grated carrots and raisins in a large bowl using a wooden spoon and put to one side.
4. In a large mixing bowl beat the eggs and sugar together for several minutes and then add the vanilla extract and orange zest and beat well.  This is where you would add the corn oil.
5. Sift the flour, bicarbonate of soda, salt and cinnamon/mixed spices into a separate bowl, then gradually add these ingredients to the egg and sugar mixture, beating well after each addition. Pour the mixture into the bowl containing the carrots and raisins and incorporate using a wooden spoon or spatula until they are evenly blended.
6. Carefully spoon the mixture into the cupcake cases, filling them to about two-thirds full. Bake in the oven for about 25 minutes – the cupcakes will be quite dark brown in the colour and feel ‘spongy’ to the touch. Remove from the oven and leave the cakes in their tins for about 10 minutes before carefully placing on a wire rack to cool.
7. These cupcakes can look a bit smaller than other recipes and are a much moisture sponge. They can be iced with orange cream cheese icing and finish off with a sprinkling of cinnamon. 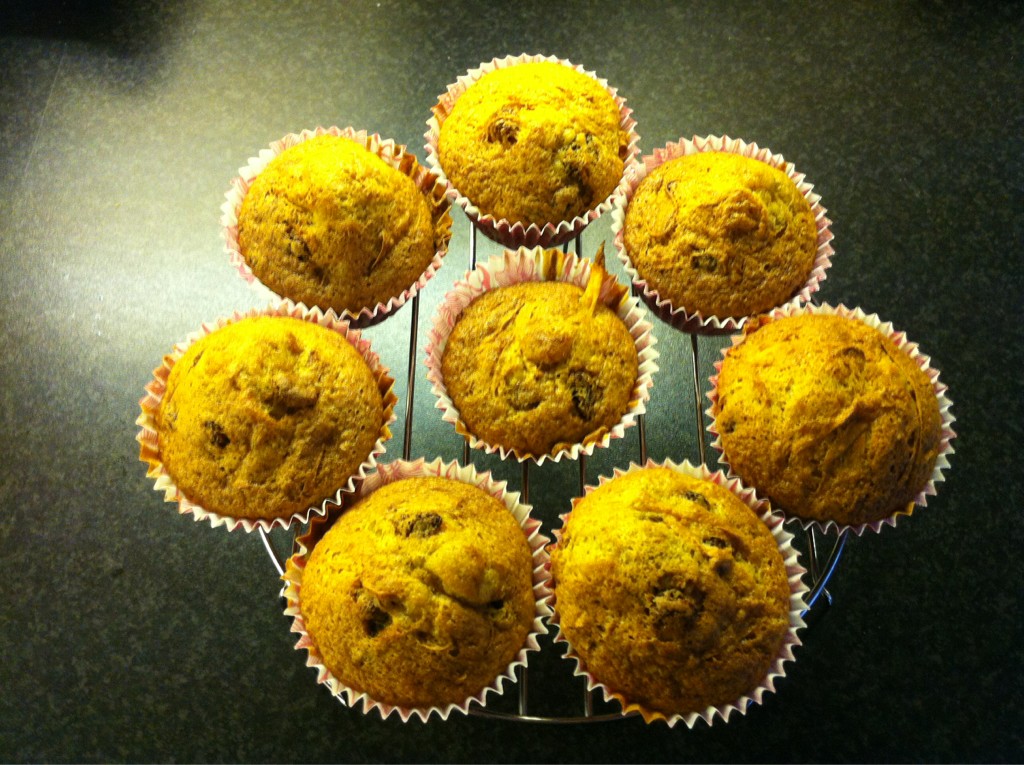 The Verdict:
Well, I took these to work and they were awarded the silver medal which I don’t thinks too shabby!