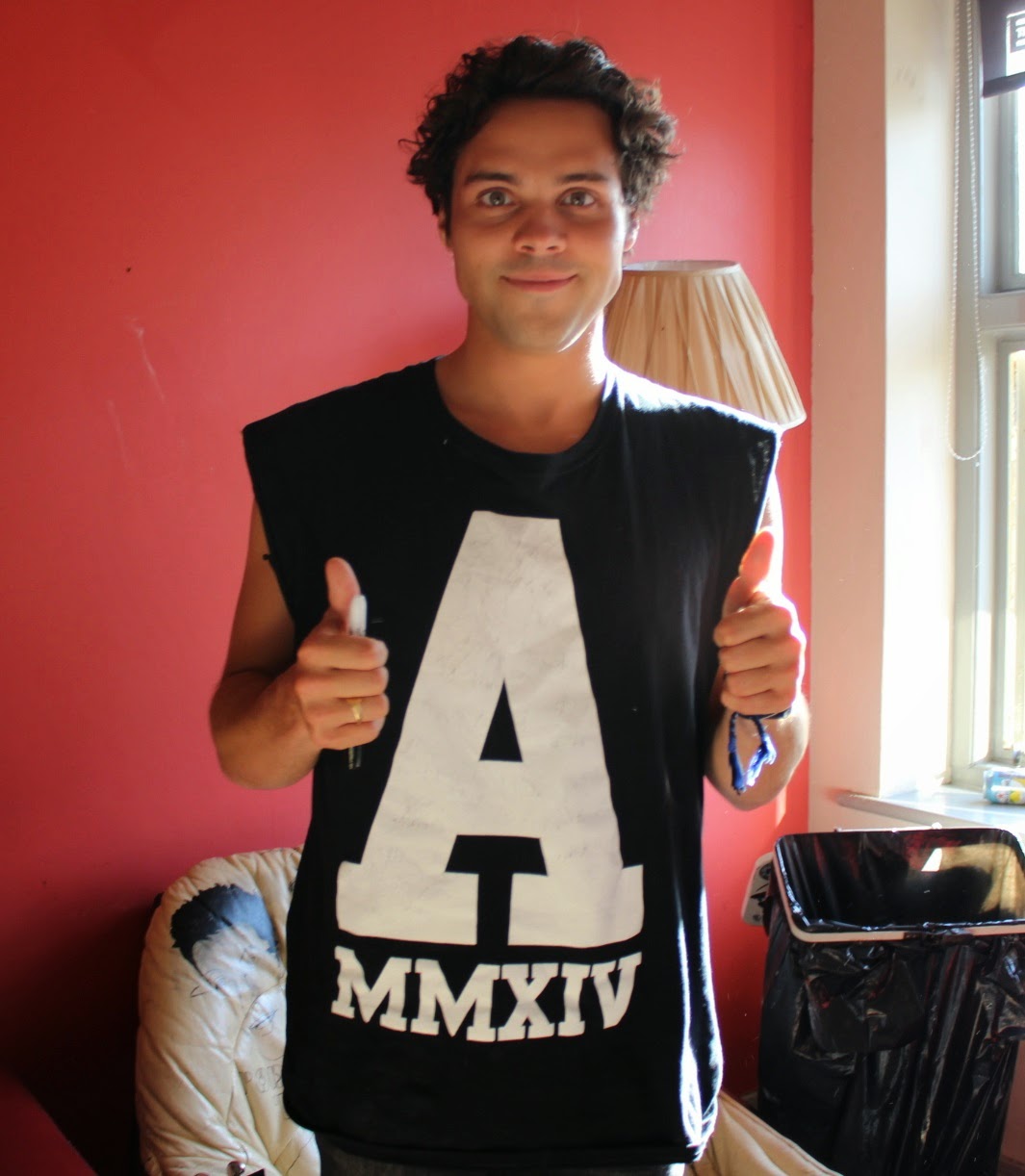 Most people on a Monday night are usually having a quiet night in on the sofa watching Corrie and EastEnders. Not me I was down at The Old Fire Station in Bournemouth getting ready to watch Made in Chelsea star, fashion designer, surfer and now musician Andy Jordan.

This was Andy’s second tour, and I was lucky enough to get some time with the man in question before his performance thanks to his lovely manager Jon Franks from Insanity.

Sat in a back room which could only be described as a bit of a dive. A far cry from some of the luxurious establishments featured in Made in Chelsea, but we weren’t here to talk reality TV, we were here to chat music.

What I wasn’t expecting was the lovely Andy Jordan to be even easier on the eye in the flesh and a pretty top guy. It must be noted for the ladies, that he had beautiful eyes and amazing skin, not bad for someone who’d been touring for nearly three weeks straight. As ever the professional, I was there to talk music and find out more about the Andy Jordan vibe.

Andy, congrats on your 2nd sell out tour – that’s pretty impressive. How does it feel?

Thanks, yeah, it’s really exciting and actually very humbling. I didn’t expect it to do so well, but the guys thought it could sell out and it did which is an amazing.

Can you tell us how you got into music?

I used to play in my room at Uni and taught myself to play guitar. We did a bit of a piss take video sketch on MIC and the guys told me I could sing and it just went from there.

For those who might not be familiar with your music, can you describe your sound?

It’s hard to really box it up at the moment, as it’s still early stages and my music takes on lots of inspiration. However, it’s consistently guitar based. I co-produced my latest EP Geography with Phil Cook.

What influences you to write music?

Tell us a bit about your set tonight and what can we expect?

Well, it starts off with a reggae vibe. We get the slow songs out the way and build up with songs from the EP: Geography, On My Own, Seasons Goodbye and Nobody Else. We’ve also got three covers including a Leona Lewis mash up which should be fun.

Have you had much of a chance to see the towns and cities you visit?

Not really, tour has been 3 weeks and a day long and we’ve been squeezing in lots of radio station interviews. We’ve been pretty lucky staying with friends and family along the way, as we have the most unglamourous motor home.

What’s next music wise, is there an album on the way?

We’ll we’ve got about 6-7 tracks to be recorded and hopefully there will be something out before Christmas whether that’s another EP or album, we’re not sure yet.

You’re a very busy man with your own clothing label JAM (Jordan Andy Mark), the Lyndon Wake surf school in Croyde & of course MIC. Will you get chance to have a rest this summer?

I’m going to be spending the rest of the summer in Croyde, Devon. I’ve got a little shed tucked out the way on a cliff for writing. And of course will have a cider down The Thatch.

Where’s your favourite spot in the West Country?

I love Croyde and very loyal to the area. I’ve spent lots of time in Polzeath growing up and there’s a fantastic secret surf spot in Mawgan Porth.

So, I have one more question, slightly un-music related from one of my Country Bumpkin Chic readers – Out of all of the MIC girls, which one would you most like to date?

Hmm, well, I’m not interested in any, but if I had to choose it would be Louise.

And, will you be returning to the next series of MIC?

I really hope so, I enjoy it.

I’m looking forward to seeing what Stevie does next.

Ha, I’m really looking forward to seeing what Stevie does next!

And one final question, can you sum up the Andy Jordan vibe in 3 words? 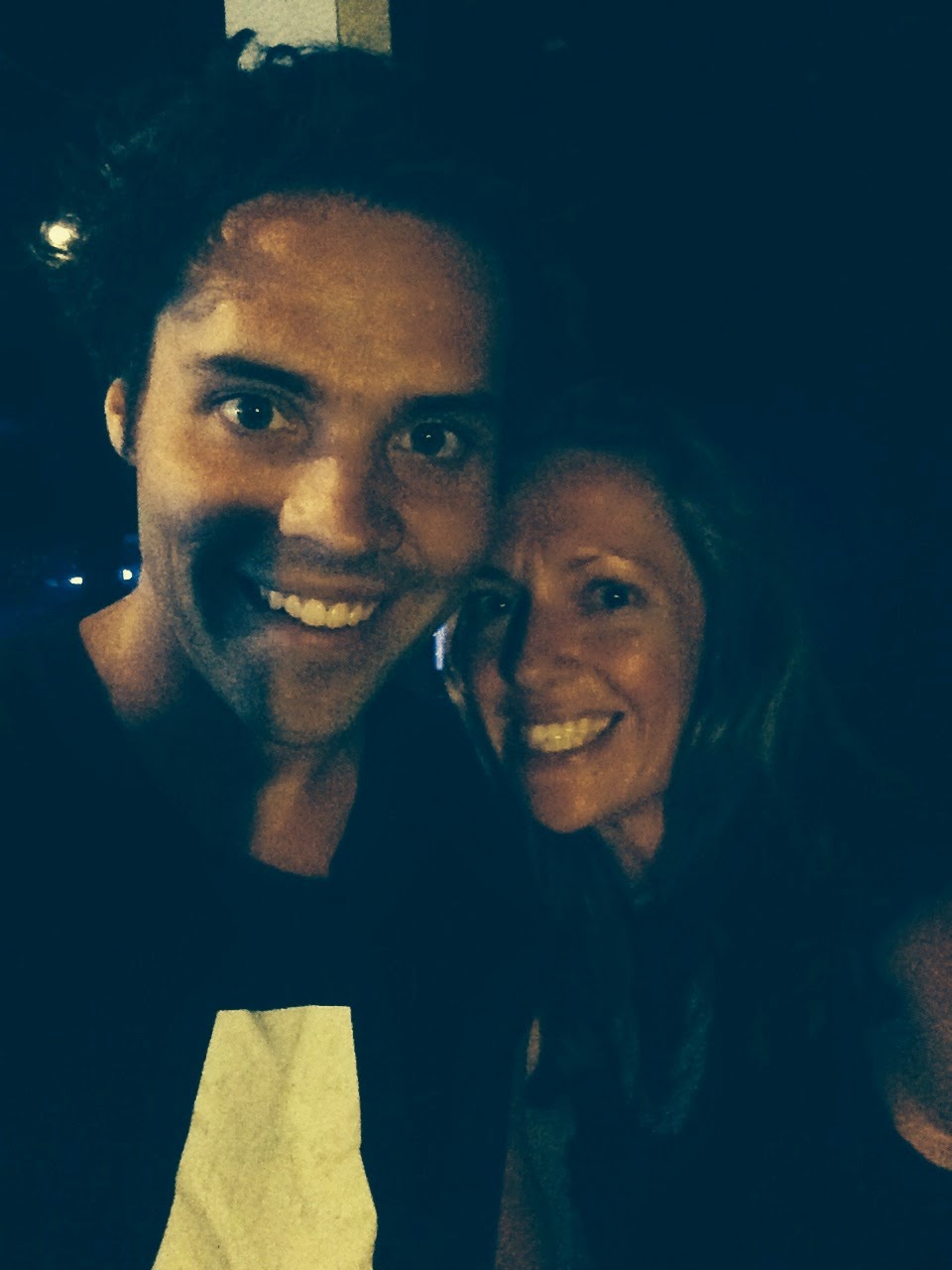 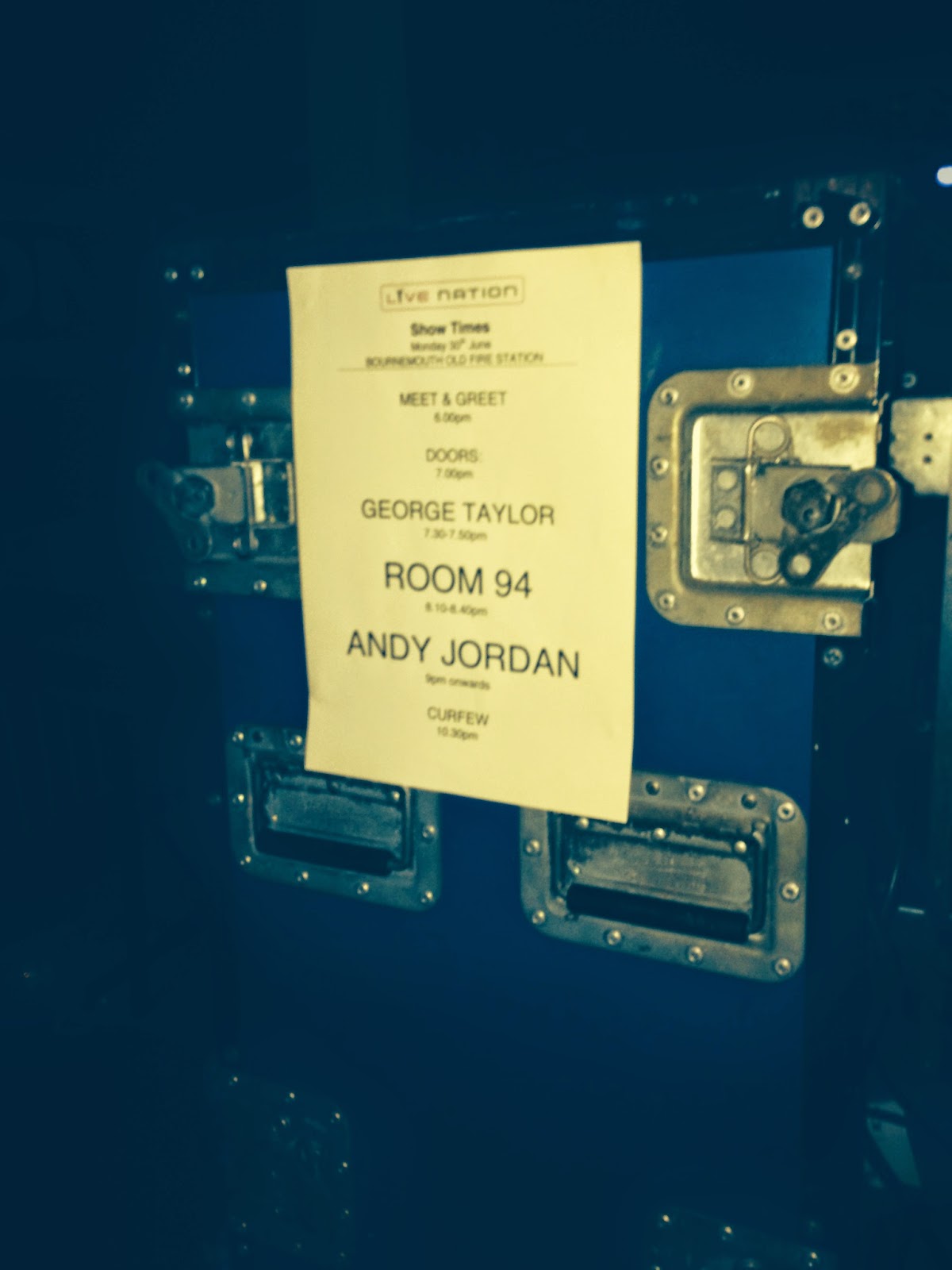 Andy was supported on tour by his friend George Taylor – who I sadly missed in exchange for a hotdog and cider! He was also supported by boy band Room 94, who I must confess hadn’t heard of, but the crowd had. Now at the age of 32 I’ve seen a lot of bands, been in the heart of many a mosh pit, but nothing prepared me for the crowd’s reaction. They went mental, it was as if 1D had just descended on The Old Fire Station, there was screaming, mobile phone recording throughout and lots of plaques! To be fair, they were pretty good with a slight Emo vibe and they did some good covers of 5 Seconds to Summer, Taylor Swift and the classic Wheatus – Teenage Dirtbag. 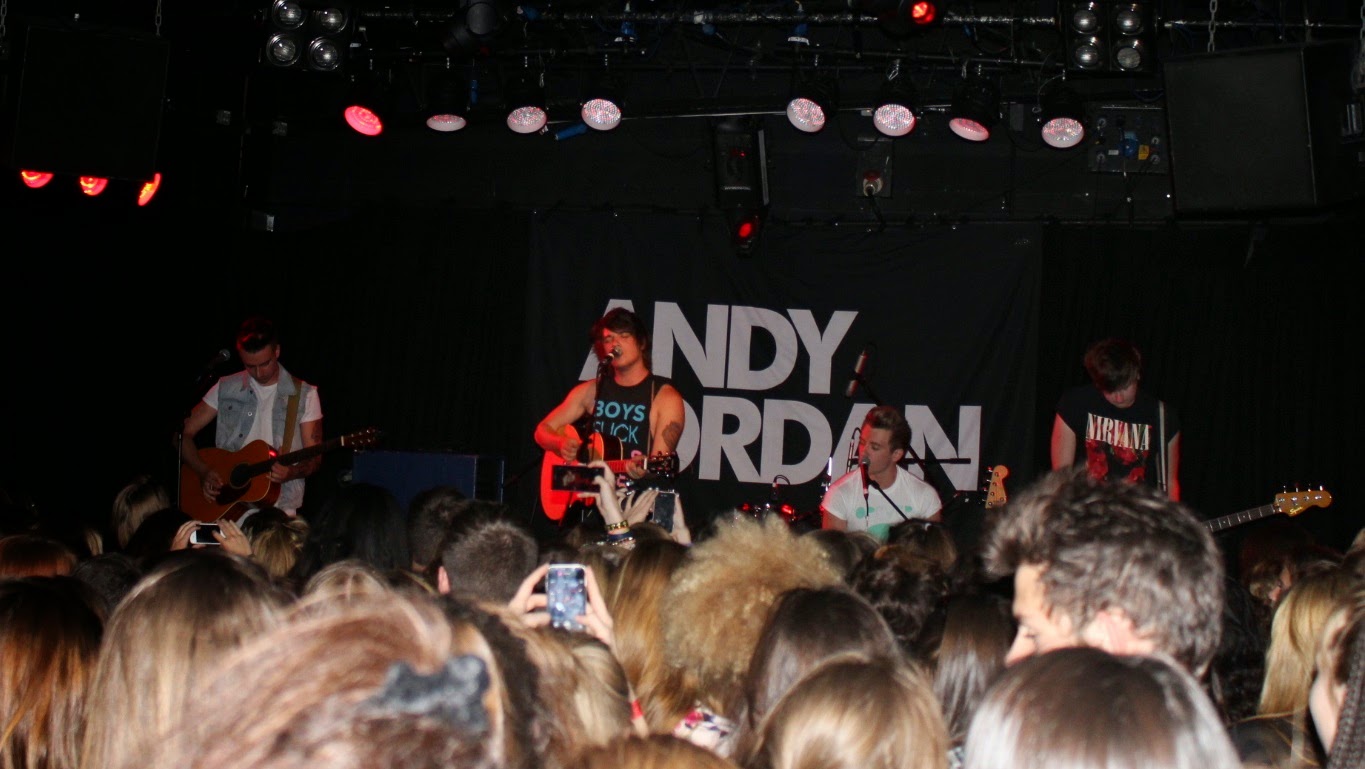 Thankfully by the time Andy came on stage the audience had calmed down – well a little! He opened up with Whole Lot of Water on guitar, joined by female vocalist Georgie Baugh who really complemented Andy’s tones. The hour set included his own take of Leona Lewis’ Keep Bleeding, Avicii’s Wake Me Up and Alex Clare’s Too Close as well as other tracks from his EP. Interestingly the track On My Own wasn’t about being single, but starting out on his own. This is probably my favourite track, having gone through a recent career change I could really relate to this, and I’m sure there’s a lot of other people who did too. There was a great mash up to finish with the Outhere Brothers – Boom Boom Boom into the John Newman – Love Me Again.

I wasn’t really sure what to expect from Andy Jordan’s gig, I’m a fan of MIC, had listened to the EP and love the acoustic style, so was keen to see what he had to offer. Up on stage it’s not hard to see why his second tour has been a complete sell out. It’s not just about the music, and playing new tracks to a crowd, he’s got the entertainment side down to a tee and really interacts with the audience giving that little bit extra. Definitely one to watch for the future and I look forward to seeing what he releases later this year.

To keep up to date with all the latest Andy Jordan news, here’s all the key social bits and bobs you need to know: