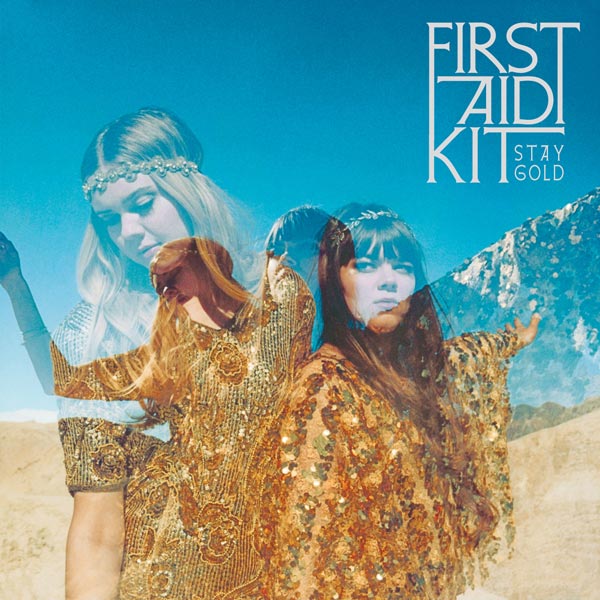 Swedish sisters doing it for themselves

Sister act Klara and Johanna Soderberg’s
third album Stay Gold, sets out to be their finest American style country album
to date. The 20 year old sisters have come a long way since their You Tube
cover of Fleet Foxes – Tiger Mount Peasant which shot them to fame in their
teens.

The Soderberg’s remain romantic and
heart-felt despite lyrics about fighting the good fight. The 70s tinged folk
rock sound thrives on their soaring vocals, warm harmonies and big choruses
making it a beautiful, honest and tender album.

Since their earlier album The Lion’s
Road, the two young sister’s voices have matured and are richer and rounder
before, although their lyrics have taken a change in direction.

Opening
track My Silver Lining has the
Tennessee swing of Dolly Parton’s Jolene. Conjuring up images of lying in a
sunny meadow somewhere in Nashville or even Stockholm listening to the lush
harmonies. Cedar Lane has a hint of
motel blues featuring a subtle guitar. The music is not all country-by-numbers.
Master Pretender is embellished with
a haunting clarinet, while The Bell’s
melody is intertwined with a gorgeous flute refrain.Stay Gold references
a Robert Frost poem that asserts “nothing gold can stay”.

Still in their early 20s, Johanna and
Klara sing through fresh vocals, but their lyrics often feel old and
world-weary. “My life is a setting sun,” they proclaim in Fleeting One. There is a feeling that the lyrics strive too hard to be
American aiming to break into the big time. Especially when Johanna sings in Waitress Song that she could “move to a
small town and become a waitress, and say my name was Stacey”, you rather wish
she wouldn’t.

Ultimately, it’s their sisterly
harmonies not their lyrical content that makes First Aid Kit work and the
reasoning behind why so many people fall in love with them. For as lonely and
as longing as their words and tunes get, Johanna and Klara still have each
other.

For those who don’t know I’m currently enrolled on a Freelance Writing course at the London School of Journalism specialising in the music and arts. There are 15 assignments in total which vary from critiquing journalism, commentating on how we’d carry out a process through to writing our own features and reviews. Hence, for my album review on First Aid Kit’s Stay Gold which actually came out last year, but is an album I play a lot on Spotify, so thought why not review it!

I hope you enjoyed it. I would love to know what you think or if anyone has any pearls of wisdom for my writing course. 10 down and 5 to go. I aiming to finish the course by Christmas!