Or ‘Going Loco in Lagos’ pretty much sums up my week at Tiny Whale Surf Lodge in Portugal & I wouldn’t change a thing – well maybe a few!

I’d been toying over the summer months on where to head for my annual independent girl ‘I don’t give a dam activity trip’… I really wanted to go to Sri Lanka or Costa Rica but didn’t want to go all that way to go surfing, get barreled & have a little cry in the ocean. So, I decided to look for somewhere a little closer to home & stumbled across Tiny Whale Surf Lodge in Portugal, they give you the option to pull together a multi-activity package of your choice. I decided to go for 3 days surfing, 1 sunrise SUP & 5 yoga sessions… which was flexible if you wanted to change your mind. Oh, & I was staying in a tipi in an orange grove – as you do.

Anyhow, in true Country Bumpkin Chic style, here are my top moments from my crazy time in Portugal.

I had images of becoming this elegant mermaid & uber cool Roxy chick model by the end of the week, however, reality doesn’t always quite live up to that.

Day 1 we headed to Praia do Castelejo where I happily managed to nail the white water, popping up 80-90% of the time, practising my technique & finding my inner confidence ready for tackling green waves on day 2 back in Castelejo.

The next morning I was all over it & with the encouragement from Essex surf instructor Sam giving him top tips to catch those illustrious green waves. I was having so much fun out the back, hanging out with the other surf camp crew that I ended up staying in the water until lunchtime – which is pretty rare for me who usually gets bored or annoyed with myself after half an hour. I caught a few sweet little green ones, so felt pretty stoked.

The first wave after our yummy pasta lunch was blimmin awesome… however, it all went a bit downhill after that – oopsie. The wind direction changed from off to onshore & I struggled paddling outback, so called it a day to sunbathe & have an ice cream. This was also my last day surfing as I then found my love for SUP’ing all over again. 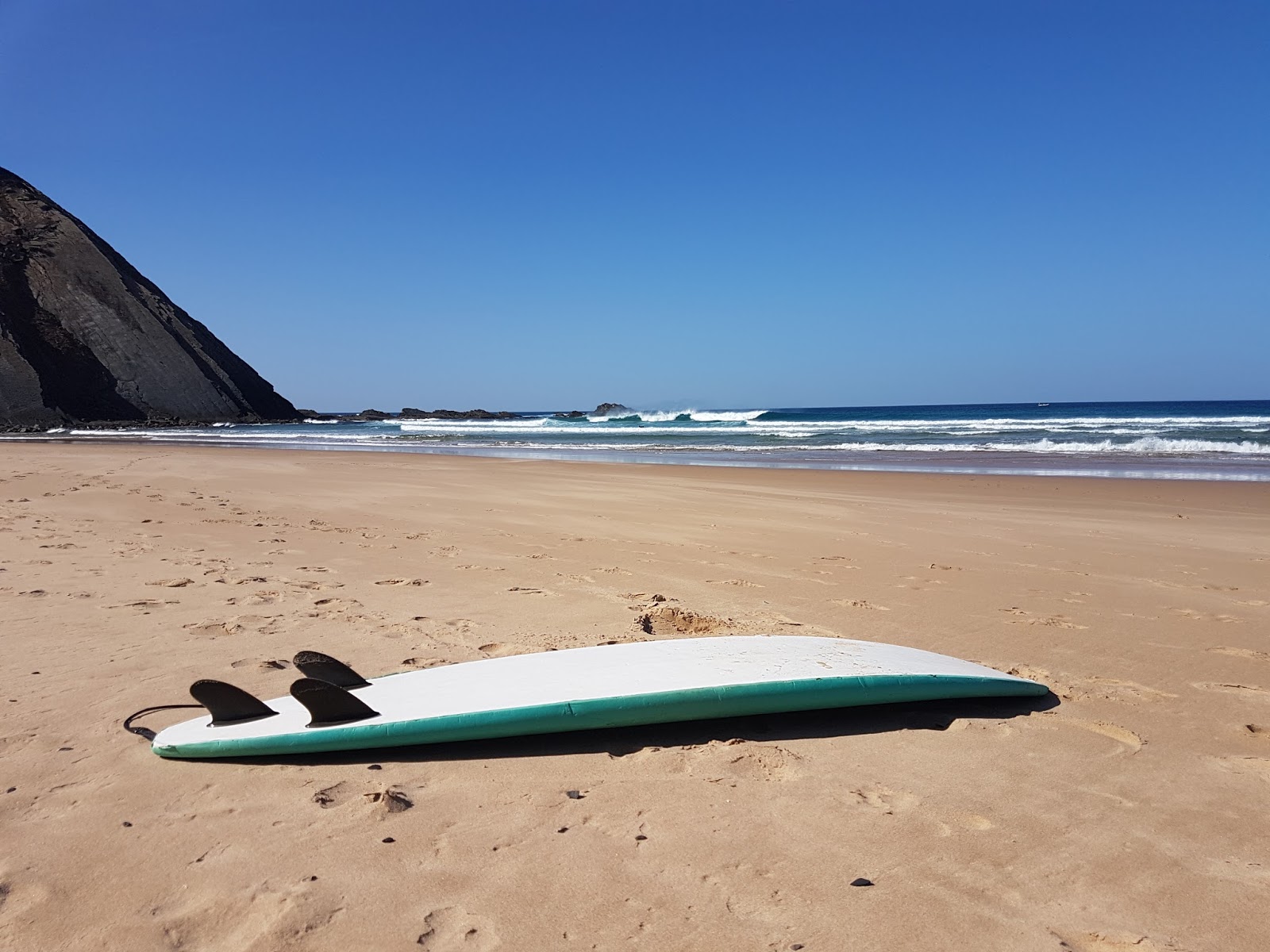 Our Aussie instructor Dave Partridge (Paddleboarding Lagos on Instagram & Facebook) had such an infectious enthusiasm & zest for life. As well as the best stories from his time cycling around the world, training for the Olympic high jump & working on boats – there was never a dull moment. So much so, I ditched my surf day to go SUP’ing for 4 days!!

Oh wow, if you ever get a chance to go to Portugal, add sunrise SUP around the grottos & caves to the top of your list. It was mesmerising. I didn’t even mind the 5.30 am alarm call. It has to be up there as one of my favourite experiences. Paddling along checking out little grottos, some you even had to paddle through on your tummy & time the changing tide to get out. Hands down the best way to start a Monday morning. The sun was so invigorating & made me feel alive. 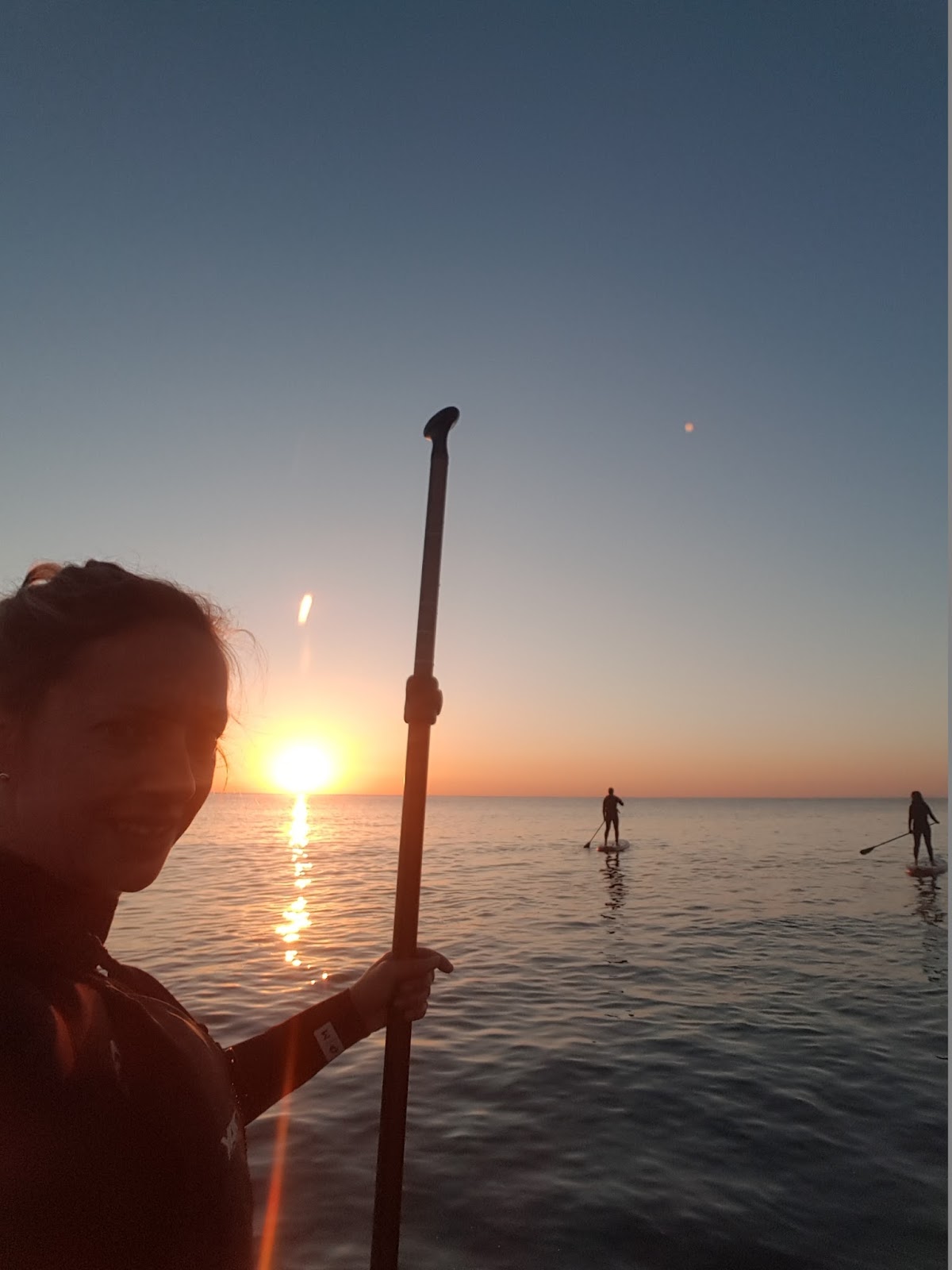 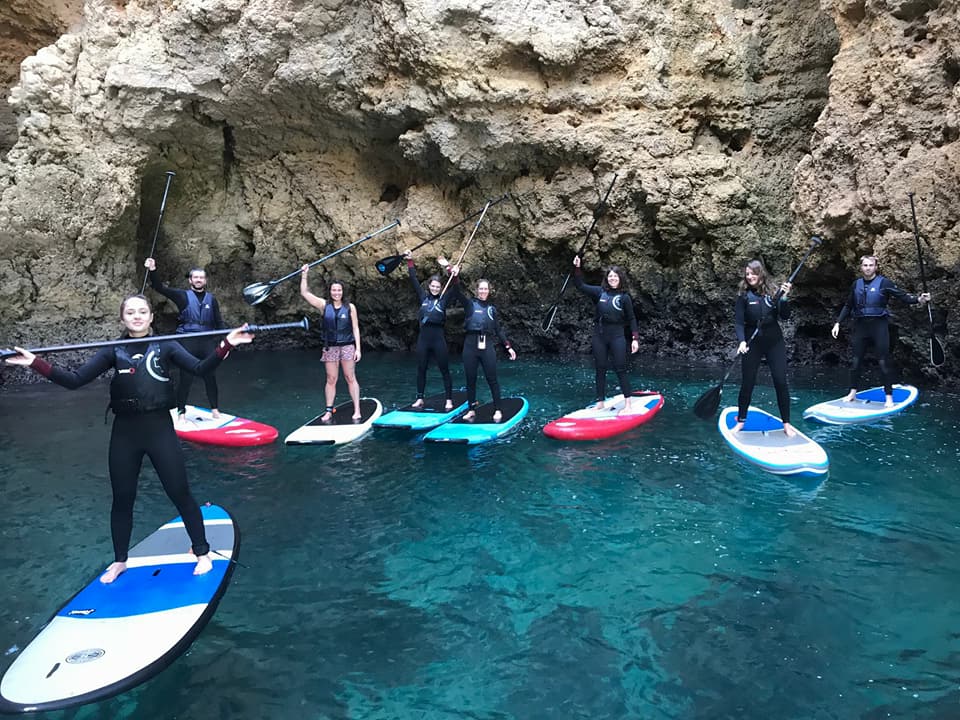 We headed to Barragem de Odiaxere, to capture the sunset. It’s a vast reservoir & felt very tranquil. Supping around watching the sunset was very calming, but definitely not as exciting as watching the sunrise. I must say Dorset delivers on those sunsets – which has motivated me to get out this winter & paddle about in my winter suit exploring some new waters. 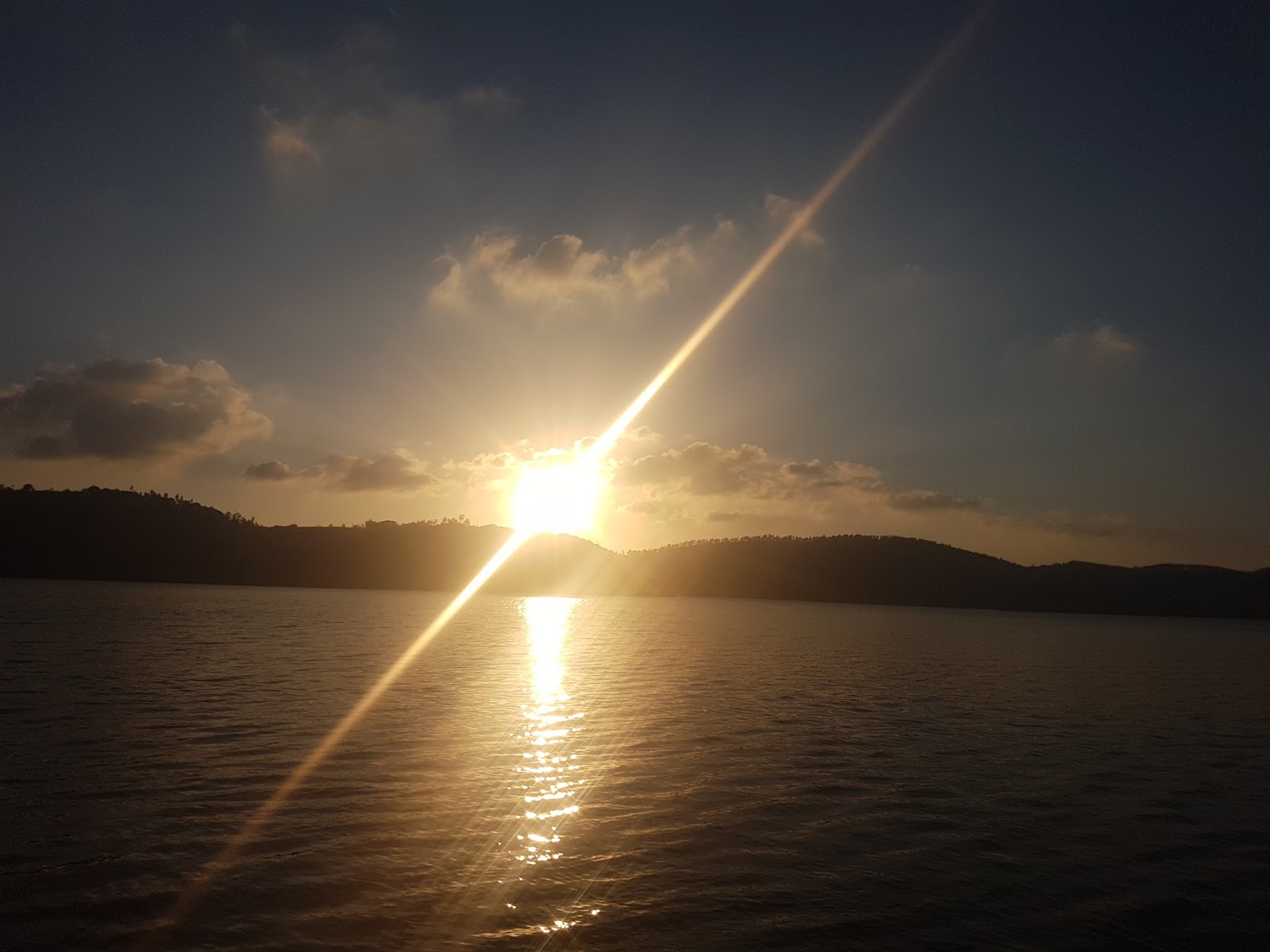 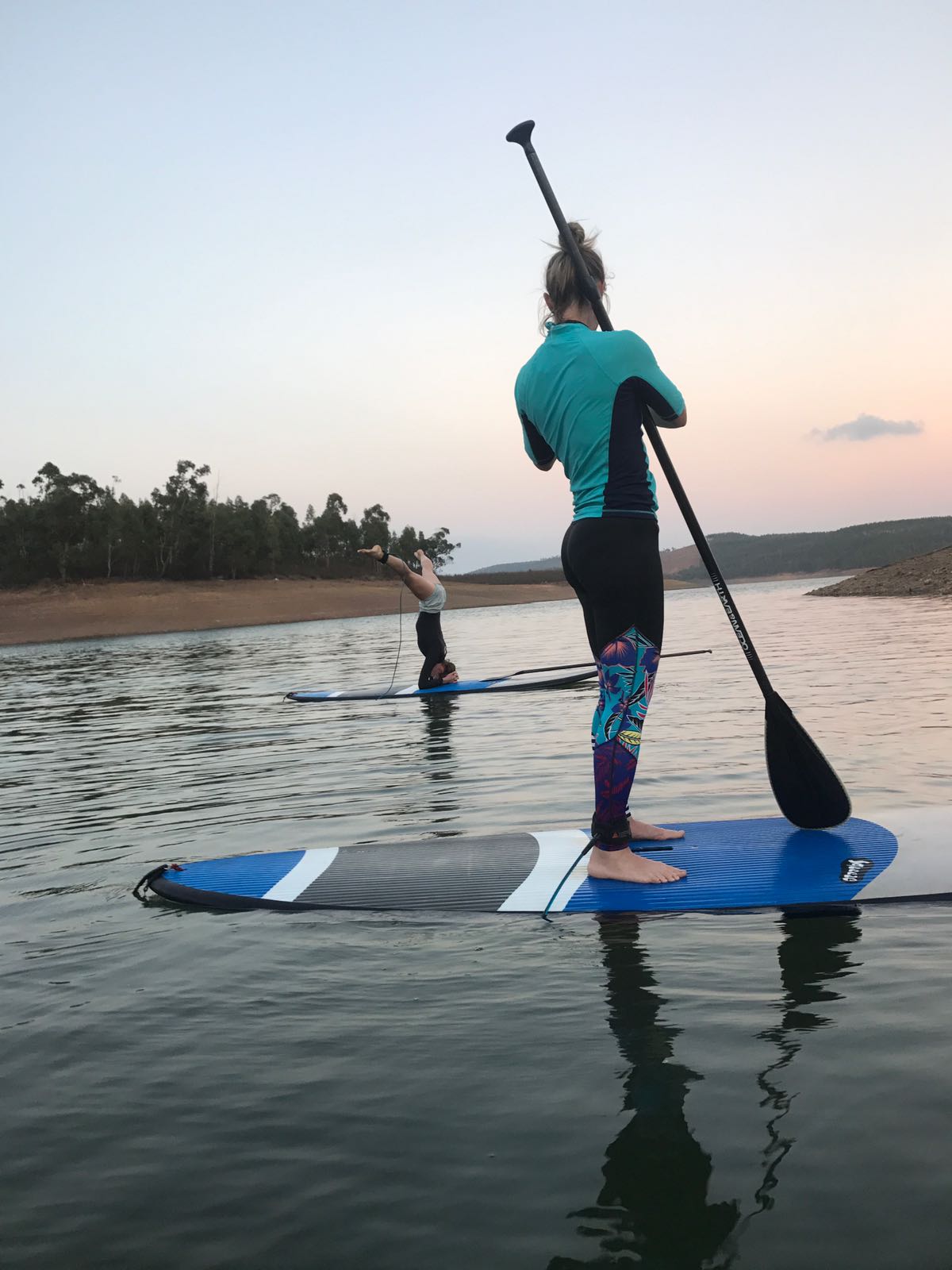 This was something I’d never done before & was super excited for…paddling down the river to the sea for lunch. & a great way to cure the Halloween Moscow Mule hangover!

Day 1 – we paddled 4km down the Odeceixe river to the sandy beach & & sea…. Which was breathtaking, the sea was turquoise & so warm, I felt like I was in Greece. A few of us had a play with sup surfing on the waves, chilling on the beach & then supped the 4km back with the wind behind us in 50 minutes flat.

Day 2 – the weather was starting to turn & a thunderstorm was on the way, but we were determined to get out & see some more of Portugal & experience another day sup surfing & paddling on the river. & wow wee, sup surfing at Praia da Amoreira was mega cool, I rode a wave all the way to the beach. I then managed to bruise myself up with my hardboard, but hey it was a great wave. The river section felt like we were in Scotland, with lots of colourful heather on the river banks & little waterways you could paddle down & explore.

Those 4 SUP sessions were fab & a highlight of my holiday. 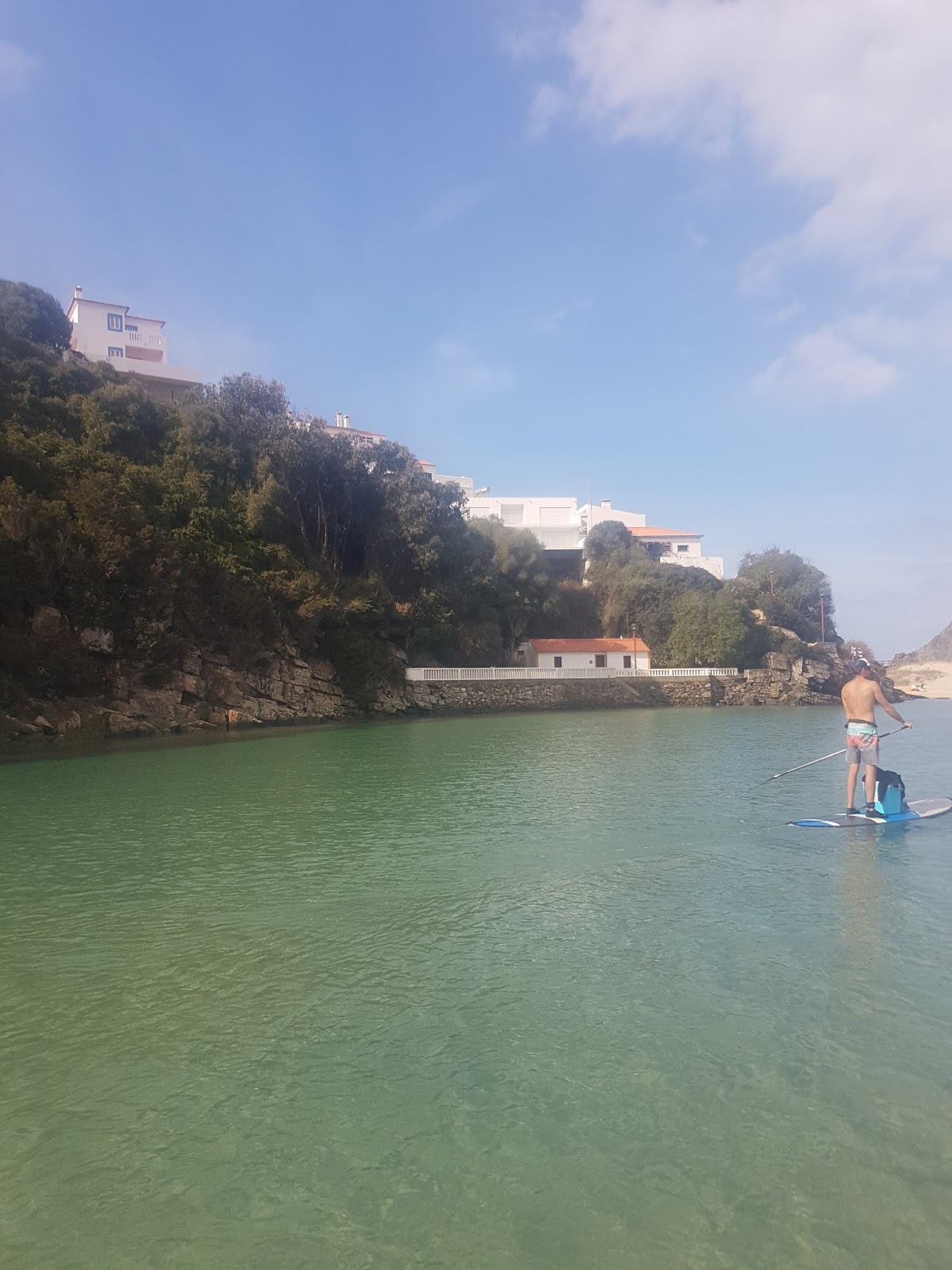 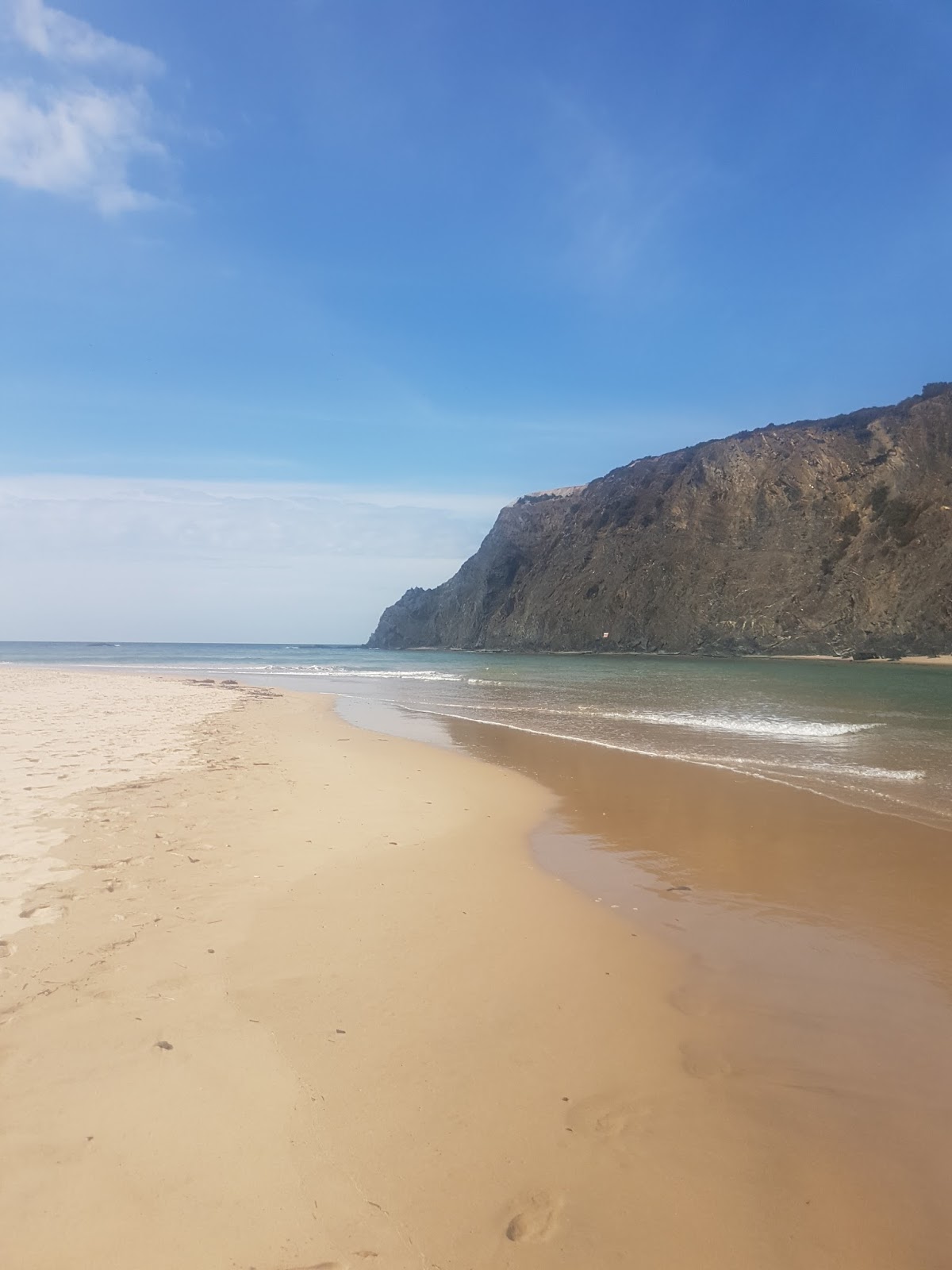 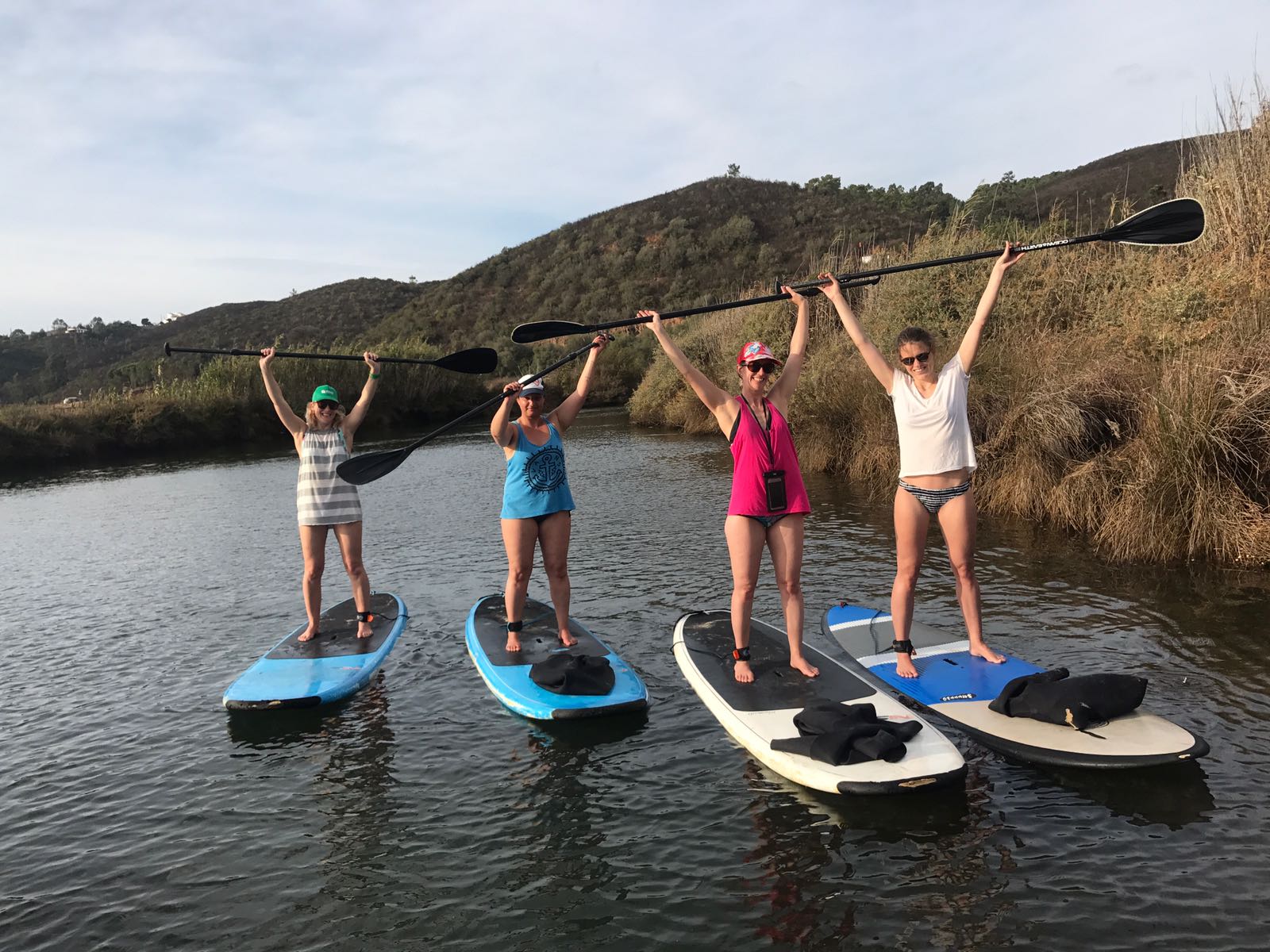 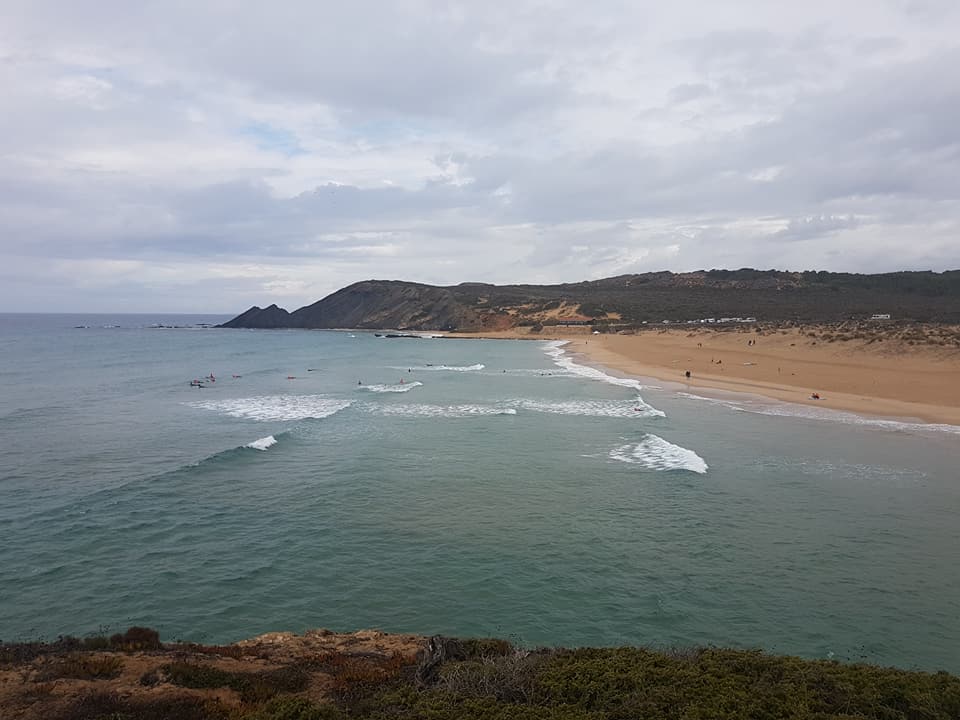 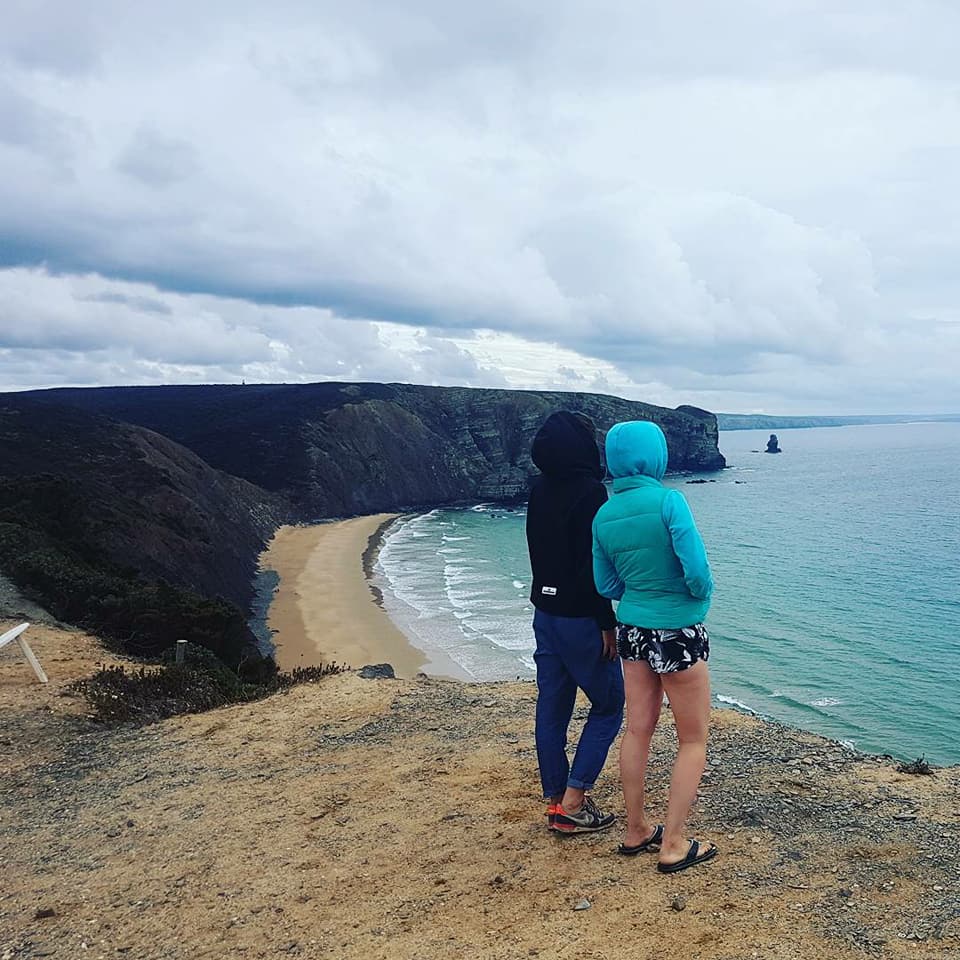 It’s not often you meet a stranger & within 5 minutes want them to be your best friend. That’s Miri the yoga instructor. She’s uber-cool, super intelligent & an amazing yoga teacher. I think we all had a girl crush on her. 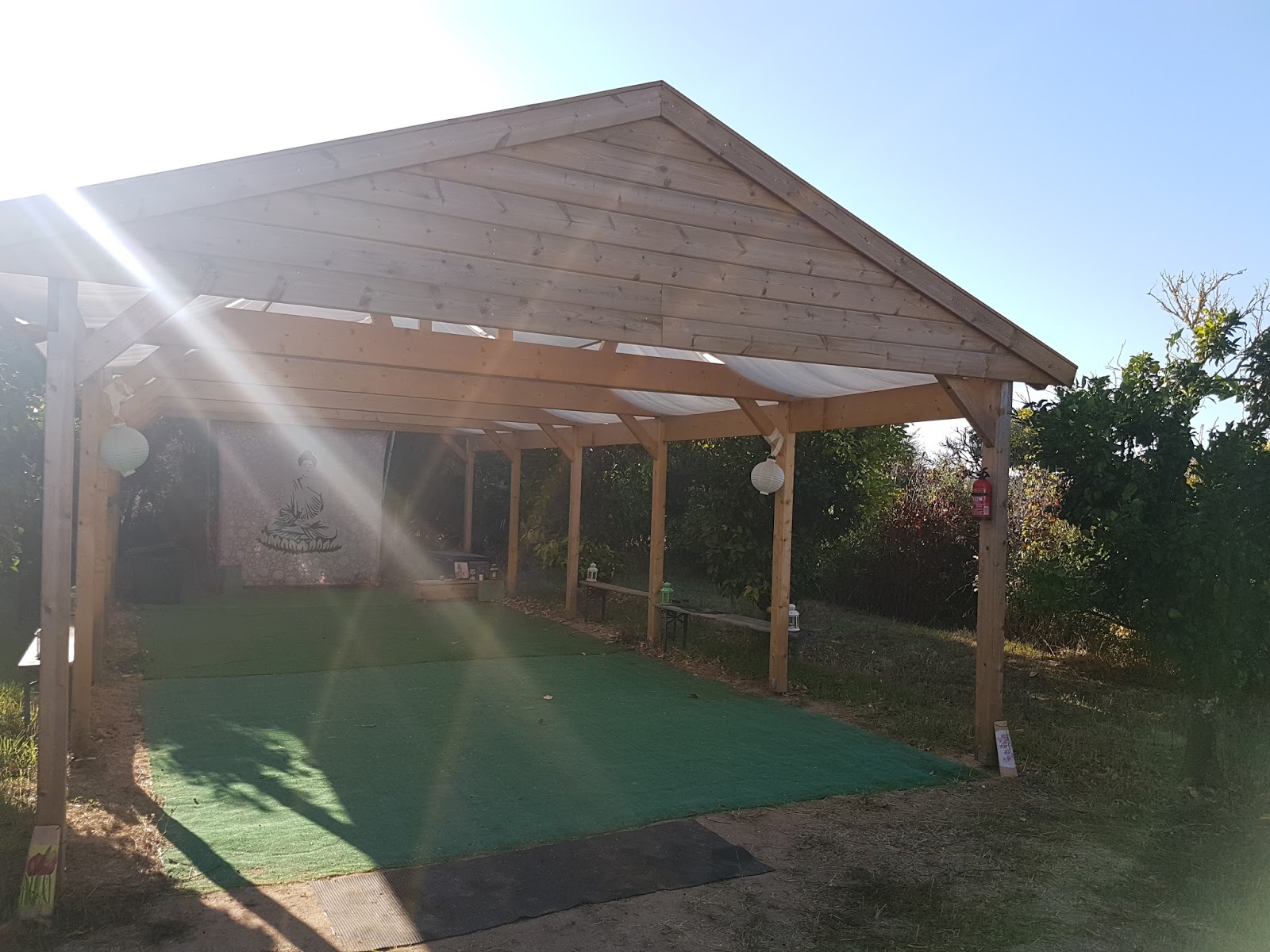 8 nights in a Tipi is a first & probably a last. It was fun, but after about 6 nights, I was ready for my own bed. In Portugal, during the Autumn like most countries, it gets pretty cool in the evening & so does the Tipi. Thankfully I had an electric blanket, 5 blankets & a duvet!! Definitely, an experience & was fun at times listening to the rain pound down on the canopy whilst I was tucked up in bed, not so fun listening to the poor loco dogs howling at night though. So random. 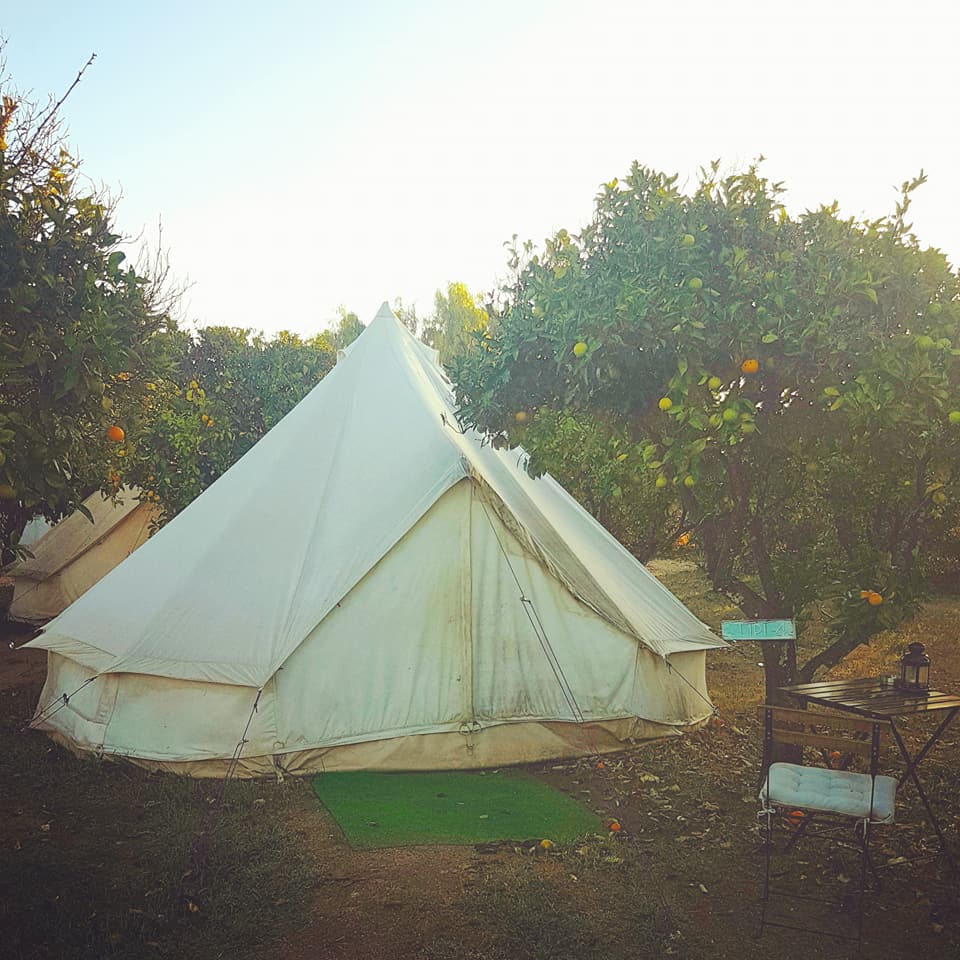 Oh my, the food at Tiny Whale Surf Lodge in the evening is divine, & so needed after a day on the water. One night we made our own pizza base, toppings & watched it cook in an outdoor pizza oven – which tasted phenomenal. There’s definitely something about eating alfresco which just makes everything taste ten times better.

On the staff’s night off we ate some phat burgers at NahNahBar in Lagos which were pretty piggy, but gurt lush all at the same time. Surf camps seem to have this reputation of being aimed at the younger crowd, but at Tiny Whale it was a real mix from the early twenties to couples in their forties. I became friends with some of the younger crowd & pretty much acted & drank like I was back at uni…. Having shots before beers or taking beers to the shower. It was fun to let my hair down, not worry about work, horses or family back at home. The hangover on Friday wasn’t so much fun, but the MaccieD’s was worth it. 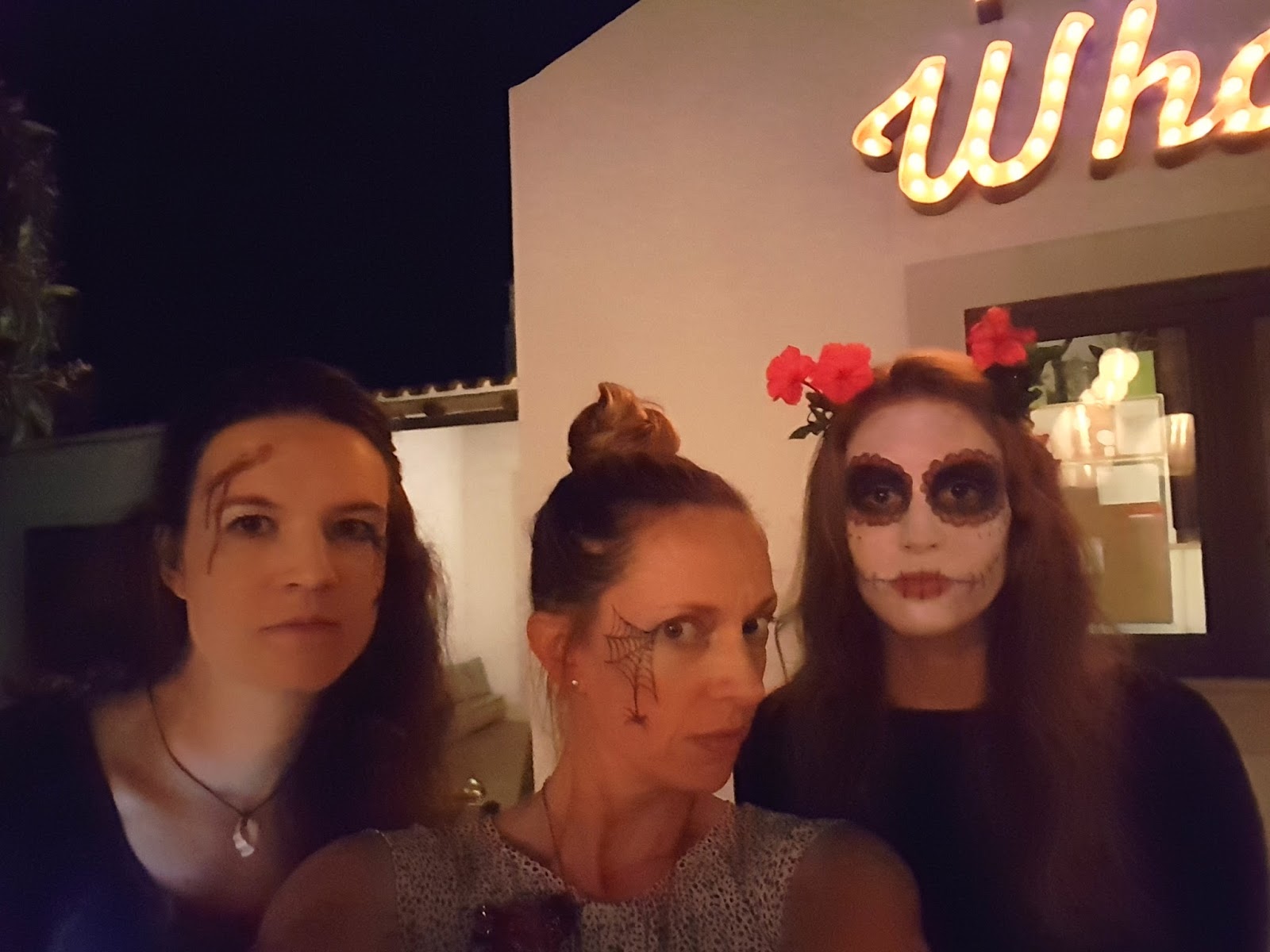 When going on a solo trip I always have a bit of anxiety, usually the moment when I’m about to walk through the door & meet a load of newbies… Apart from not being on the list when I arrived, within half an hour Tom had sorted out my Tipi & I had a beer in my hand chatting around a roaring fire pit with my new chums for the week.

Surf trips are a great way to bond with people, as you all have the same thing in common – getting outside, on the water & catching some sic waves. This was probably one of the most international places I’ve stayed at with a mix of Dutch, German, Belgian, French, American, Irish & of course British! & a fair few from the west country, so hopefully, we’ll organise some surf trips soon. 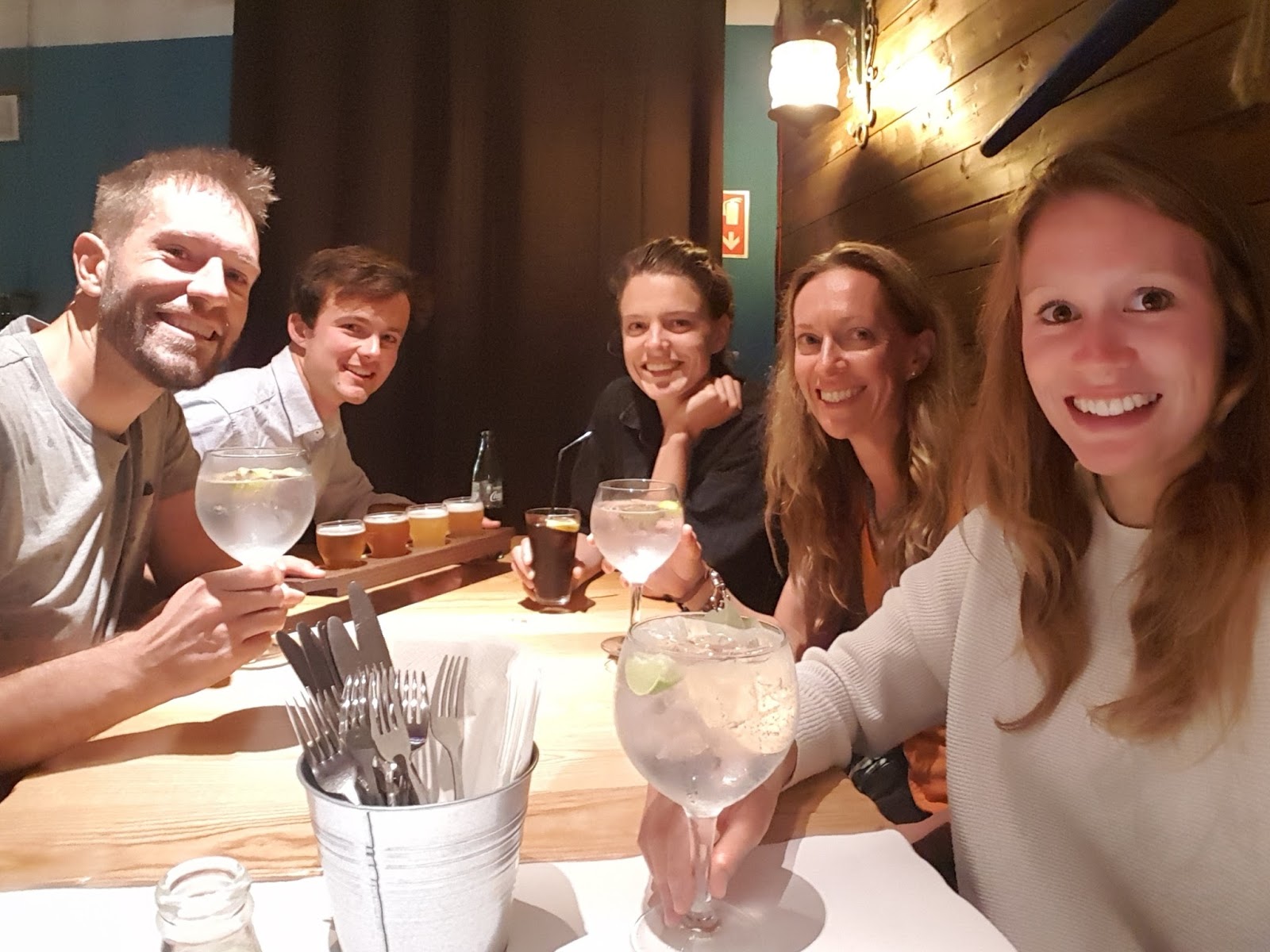 Tiny Whale is a funny little place…its 10 minutes from Lagos & in the middle of nowhere. It has a proper surf vibe, where everyone is up for a good laugh in the evening & getting on it. However, it’s also a little bit Fawlty Towers, where things seem to be breaking or missing, showers flood, random power cuts, topped with a laid back attitude. I’m not sure if that’s just a standard way for surf camps in general or just Tiny Whale, but coming from the corporate world of work, it was frustrating at times to witness & at times I just wanted to wade in & help out.

There are so many positive qualities, that it feels like it just needs a good host couple to sort it out & make it a kick ass lodge. Hopefully by 2018 they’ll be back on it! 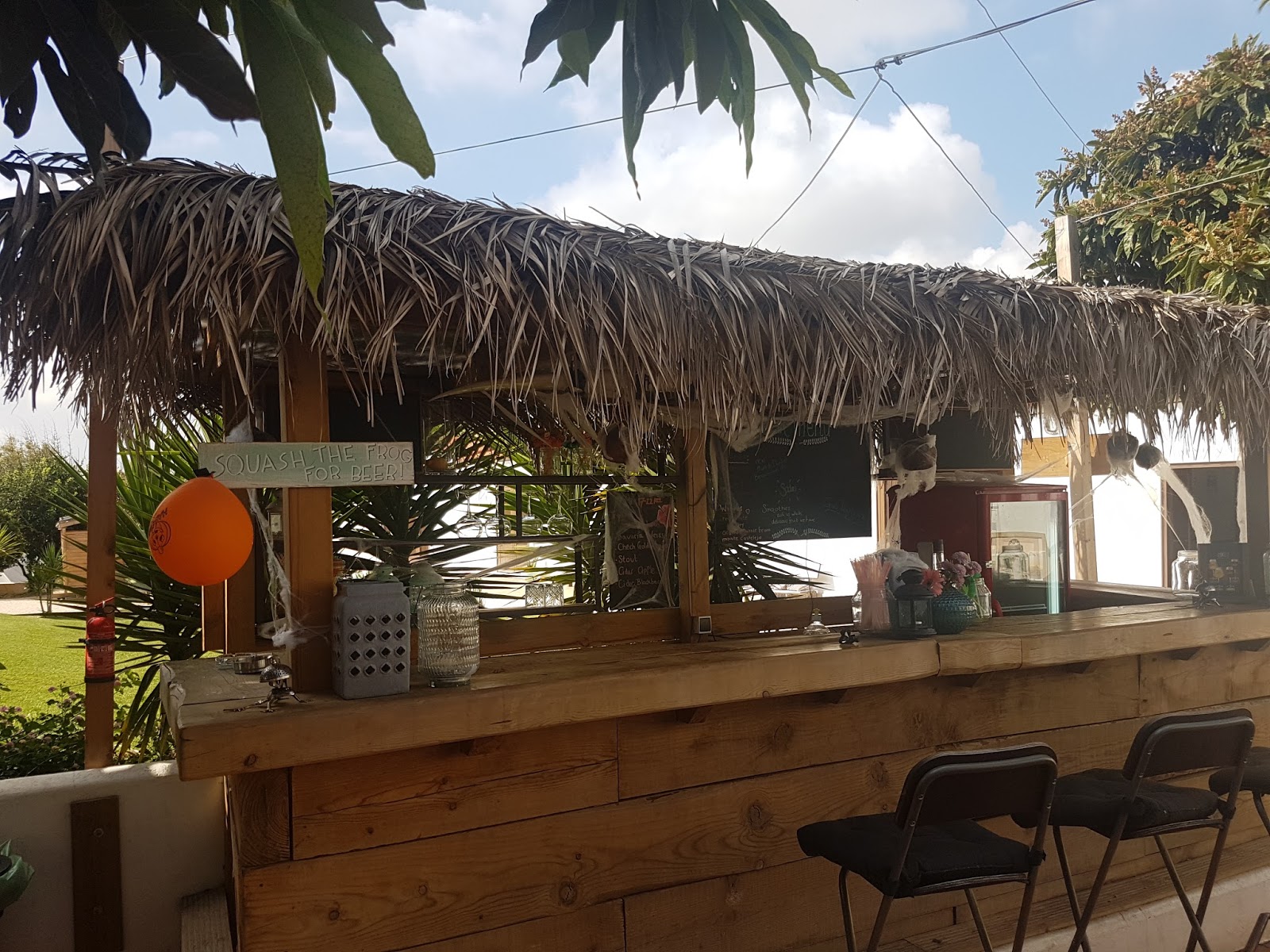 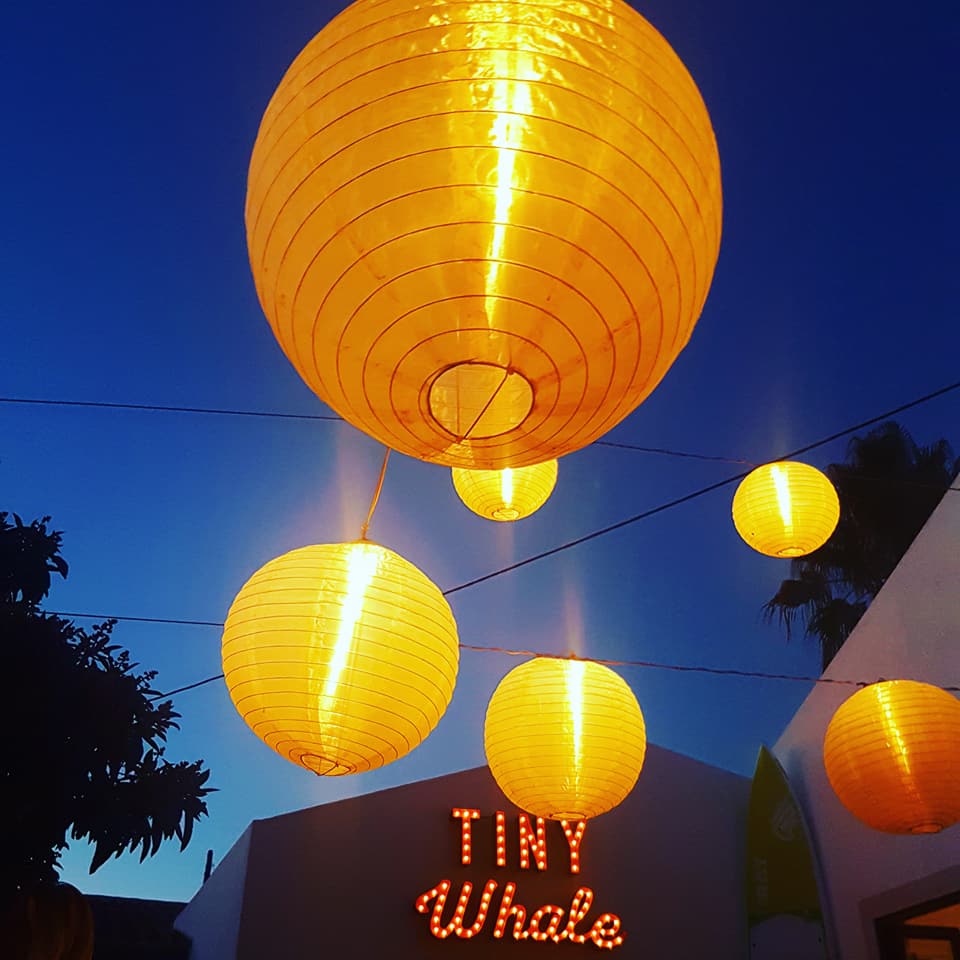 No sooner did my plane touch down or slam down Ryan Air style on the tarmac at Bournemouth Airport & I was thinking about the next adventure. I loved Portugal & would definitely return. I’m keen to do more supping & sup surfing, but don’t want to forget how to surf. Anyone got any recommendations they’d love to share?

If you enjoyed this blog, & want to find out more about paddleboarding in Portugal, check out my interview with Dave from NoWhere2Far Stand Up Paddleboarding